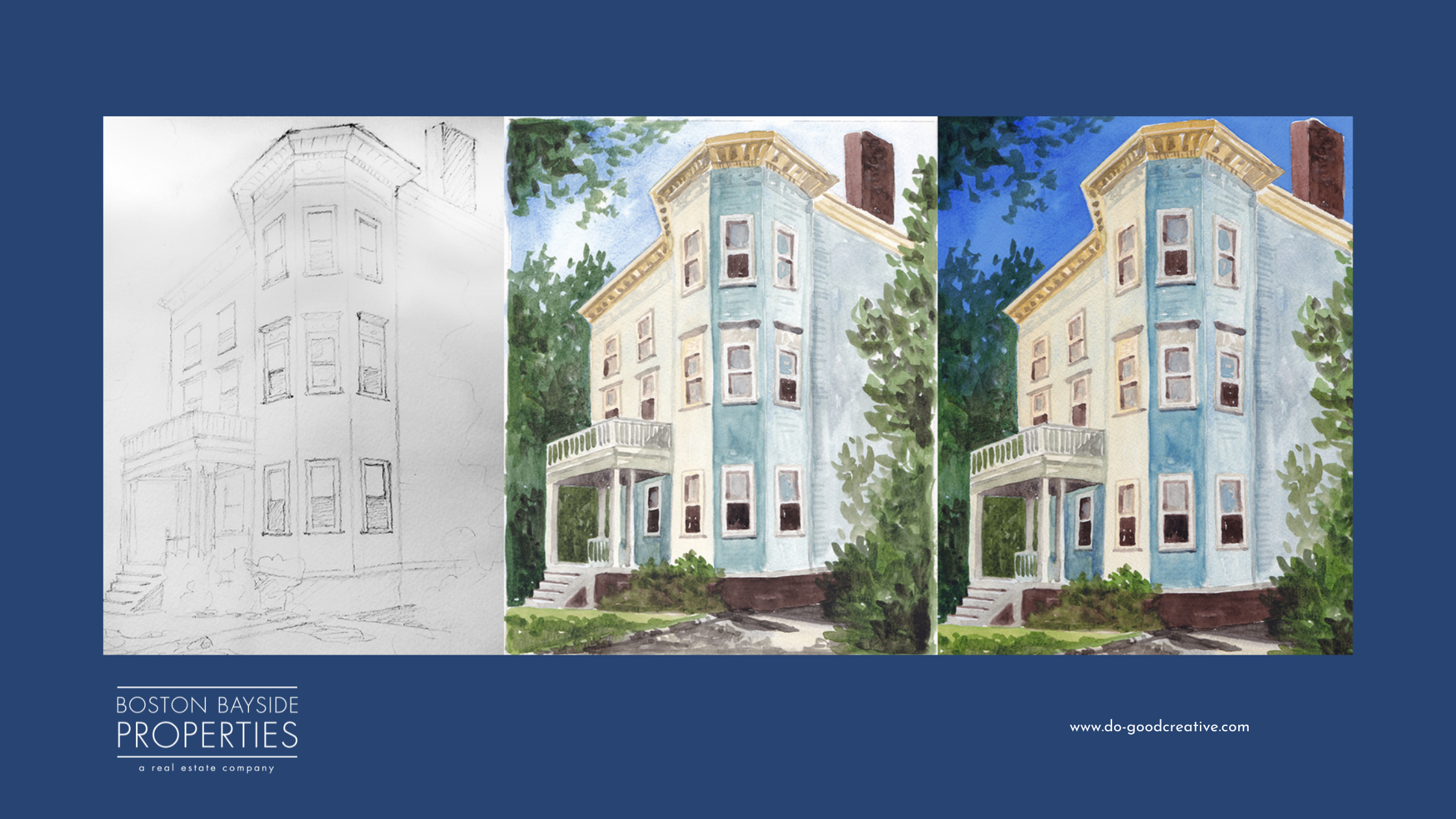 In the late 1800s through 1910, three-family homes on top of each other called “triple-deckers” sprung up in New England’s booming mill towns and industrial cities. Ambitious immigrants typically favored these types of houses as it was an easy way to grasp onto their newfound freedom by owning property that also provided more opportunities, such as collecting rent money from multiple living spaces.

The triple-decker was adapted from an earlier English design known as “Londoner or British flat.” The triple-decker takes its name from being composed of three units stacked on top of each other with shared walls. The triple-decker proved successful for people moving out of tenements into their own homes.

Triple decker houses typically included at least two bedrooms per unit, with space reserved on the ground floor for some business operation – this could be anything including barber shops, coffee houses, bakeries, or specialty grocers.

The triple-decker home was primarily built in the neighborhoods of South Boston, Dorchester, and Roxbury. These homes are often conveniently located within a few blocks of subway lines or trolley stops for easy transportation to downtown Boston.

From Watertown to South Boston, Dorchester to Cambridge, three-decker homes are a staple of residential neighborhoods. These multifamily homes have five distinct features: multiple street-facing bay windows with hexagonal columns in front and wooden construction with flat roofs make up the exterior. At the same time, single entrances create an interior for each home.

The consensus among real estate professionals is that South Boston (commonly known as “Southie”) and Dorchester are the most desirable neighborhoods in the city to live. These neighborhoods are considered the epicenter of the city’s cultural life and home to many of Boston’s finest restaurants.

Dorchester is Boston’s largest neighborhood and the city’s fifth-largest by population. Many people live in Boston; it is considered a destination because of its excellent restaurants and beautiful houses. Dorchester has gorgeous stretches of tree-lined streets, with homes that date back to the late 1800s, notwithstanding the quintessential triple-decker.

Recently, a new wave of triple-decker apartment buildings has been built in areas of Boston as an alternative to townhouse-style condos or apartments more typically associated with suburban areas. Due to changes in zoning regulations, three-family homes can now be constructed by developers near existing “triple decks.” Where they would not before, have been allowed because city ordinances required single-family dwelling units only on separate lots.”

Aside from their beauty and classic heritage, there are several benefits to purchasing a triple-decker home in Boston:

For first-time homeowners, a multifamily property provides the opportunity to receive rental income, which increases your cash flow, thereby paying off your mortgage faster and save on interest over time. In many cases, it is easier to qualify for a mortgage on a multifamily dwelling as it provides a built-in “mortgage helper.” Additionally, when you own a multifamily home, you may be eligible to deduct expenses related to the units that don’t include your living space. These deductions can lower the total amount on which taxes are owed and save the homeowners money.

Living in a triple-decker home with your family could allow you to save money on housing costs. More and more baby boomers choose to sell their empty nest and rent or downsize, but they enjoy being close to their grandchildren. Purchasing a multifamily home can be great for multi-generational living. You get the privacy you want while sharing space with others who could add benefits to your life, like having grandpa or grandma close.

Investors like multifamily properties for the consistent cash flow they generate, which is particularly beneficial in neighborhoods that have high rental demand and units that can be rented quickly. Additionally, real estate markets are often can be volatile. However, over time, multifamily homes tend to appreciate more than single-family homes and continue their upward climb while being resilient during economic downturns.

Multifamily real estate is very tax-advantaged. Most investors use a mortgage to finance the property, which they can then take deductions for during that fiscal year (because it tends to be higher in the first years of ownership as the loan amortizes). Multifamily properties are depreciated over 27.5 years even if it technically appreciates. Depreciation reduces rental income collected each year, making this highly attractive asset class an appealing investment option.

Multifamily properties are popular investments because they offer many ways to invest. You can purchase a multifamily building individually or partner with others and syndicate the acquisition, allowing more passive involvement while reaping benefits.

There is a condo conversion trend in New England where classic triple-decker houses are being converted into condos. To make these triple-deckers condos ready, they often require extensive renovations (such as removing the kitchens on each floor). Condo units are filled with state-of-the-art appliances, new bathrooms, and modern workspaces; they retrofit the homes to be more energy-efficient. While there are many benefits to owning a triple-decker condo unit, the most significant advantage is undoubtedly the high demand from renters and homeowners.

The triple-decker home is the quintessential New England residential style and has become a cultural symbol of the city. If you are interested in selling or owning a multifamily dwelling, contact us today, we would love to introduce you to these beautiful neighborhoods showcasing classic heritage builds.

Thanks for letting us know!
This is how we improve bertha
What did you expect to happen?