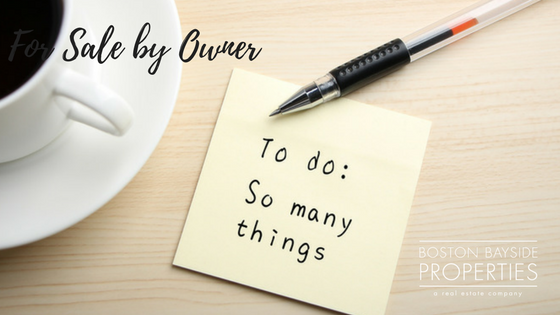 The “My Dorchester House Will Sell Itself”

By Lower Mills DorchesterJanuary 29, 2018No Comments

You might think that when your house is in terrific shape, that’s all you need to guarantee a quick, successful sale. For Sale By Owner

Source: The “My Dorchester House Will Sell Itself”

You might think that when your house is in terrific shape, that’s all you need to guarantee a quick, successful sale. Just because it is located in a desirable Dorchester neighborhood on a great street populated with conscientious neighbors—and just because it has most of the features and attributes that today’s buyers seem to want—that it’s a cinch to draw a raft of top-of-market bids from a clamoring flock of eager prospects.

It often turns out that the result was not inevitable. The reason is that “My Dorchester house will sell itself” thinking was allowed to take over.
Now it is definitely true that all of the terrific qualities listed above should guarantee a short and successful offering. The problem arises when a homeowner logically concludes that, since their Dorchester house will sell itself, all they have to do is plant a sign in the yard and wait for the sale to be finalized.

That can be a costly misstep if the “For Sale” sign they decide to plant is one that includes the fateful words, “by Owner.” The apparent logic is that, if the house will sell itself, what’s the advantage to hiring a professional Dorchester agent to do the selling?
The needs are many, but I think the one that’s least debatable is this: when prospective buyers see that a homeowner is selling their house on their own, they correctly assume that the seller is hoping not to have to pay a commission. True or not, they also assume that the owner will have borne minimal expense—and that means that the owner can accept a lower offer. In other words, exactly the opposite of what the For Sale by Owner gambit was meant to achieve!

There are many other reasons why the vast majority of sellers do eventually rely on a professional Dorchester agent. For one, there’s the fact that the aura of professionalism all by itself conveys added value. For another, buyers and their agents know that negotiations will be professionally conducted. To be accepted, any offer will obviously need to be respectfully assembled (in other words, lowball offers are less likely to succeed).

When you add in the relief from the raft of technical hassles that goes with representation by your own Dorchester real estate professional, it’s a wonder that any of those “by Owner” signs ever show up. It’s probably because the self-contradiction in the “My house will sell itself” idea takes a while to evidence itself.

The irony is that it’s exactly those Dorchester homes with terrific attributes that deserve to attract the highest offers. That’s the ultimate benefit of the professional service I offer. Call me!